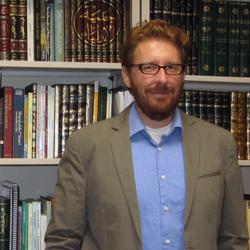 While I am interested in teaching and speaking about the history of Islam in general, my own research is devoted to several overlapping fields and projects.

My primary area of interest is the social and political history of Sufism (so-called “Islamic mysticism”) in the medieval Middle East. My first book, The Popularisation of Sufism in Ayyubid and Mamluk Egypt, 1173-1325 (2015), is a history of how and why Sufism became widely popular in medieval Egypt. As a result of the work for that book, I developed a near obsessive love of medieval Islamic historiography and biography and the material conditions of their production. I am currently working on two books devoted to these subjects. The first is a study of the ideological function of post-12thcentury biographical dictionaries in Arabic, their value as a source for the history of Sufism, and the particular social formations that produced them. The second book is a history of writing about saints and sainthood in Arabic, and especially monographic-length accounts of a single saint, as opposed to collective biographies, which were more common.

I am also interested in, and have published on, the history of the Jews of the medieval Islamic world.

My published works can be found at https://mizzou.academia.edu/NathanHofer

RS 3100 Religious Literacy for the Professions

RS 3900 Islam and the Myth of Religious Violence