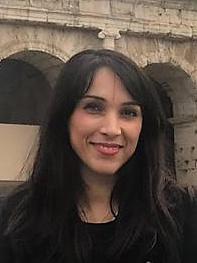 Throughout the years, Silvia Sarais has taught a wide variety of subjects including Greek and Latin language, Latin poetry. classical mythology, Roman culture, various in-translation courses on Greek and Roman literature, culture, and society, and Italian language and culture. As a woman, immigrant, and former first-generation college student, she is very much committed to diversity and to the goal of building a society that is more inclusive and just. For this reason, many of her classes focus on gender, race, and ethnicity, representation and status of foreigners, immigrants, and, more broadly, minorities in ancient Greece and Rome, justice and leadership, and the reception of ancient myth in contemporary dramatic arts that portray the experiences of women and immigrants. Her classes always aim to illuminate ways in which both ancient culture and the ancient artistic production of Greek and Romans have impacted, continue to impact, and can further generate positive change in our contemporary society, its views, its values, and its interactions with other cultures.

Her primary research interests lie in the area of Greek and Roman drama, Latin poetry and its relationship with the previous literary tradition, ancient literary criticism and theory, and the construction of social identity in the ancient Greek and Roman world. She has presented her research in various national and international academic conferences, and she is currently working on projects that consider the metapoetic aspects of Seneca’s plays, Seneca’s choral odes, spectatorship in Seneca’s drama, and the representation of Medea and Clytemnestra in contemporary Chicano theatre.