Over the years, Chuck held many service appointments in the department, including a notable twelve-year stretch as chair from 1984 to 1996. His teaching consisted mostly of Latin language classes and courses on Roman topics, but occasionally included courses on the Classical tradition, particularly on the reception of Greek and Roman myth in Old Master painters. He is also credited with developing and standardizing the department’s long-standing etymology class (Greek and Latin in English Usage). His research focused primarily on Roman poetry from the Republic through the early Empire. He is perhaps best known for his work on Lucan, Propertius, and the comic poets Plautus and Terence, but he made a number of significant contributions to the study of Virgil and Lucretius as well. Chuck took a gentle, humane approach to all he dealt with, students and colleagues alike, and was of a temperate, unassuming disposition. He also possessed a dry sense of humor like no other and could turn a witty phrase to the wonderment and delight of all around him

Mass of Christian Burial will be held at 11 a.m., Saturday, Feb. 1 at Our Lady of Lourdes Catholic Church in Columbia. Visitation will be one hour before mass at the church on Saturday. A private interment at Columbia Cemetery will follow the services. Please consider a donation in Chuck’s memory to the American Stroke Association, a division of the American Heart Association and a cause that holds significance for the family. Here’s the link to the national website: http://www.stroke.org 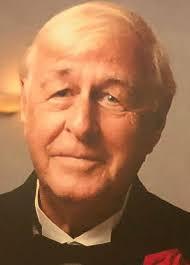