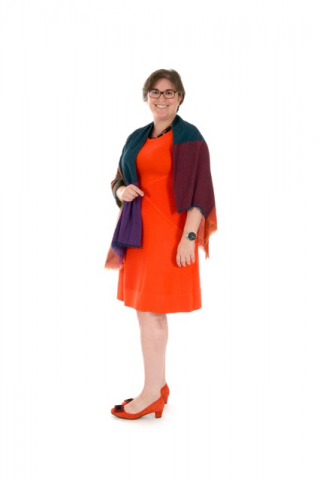 My primary research interest is the history of Christianity in Medieval and Early Modern Europe. I earned her AB in Religion and Medieval Studies from Duke University and her M.A. and Ph.D. in Religious Studies from the University of North Carolina at Chapel Hill before moving to Missouri to join the faculty of the Department of Religious Studies in 2007. I approach the study of religion through book history, material culture, and theories of gender. My first book, Marrying Jesus in Medieval and Early Modern Northern Europe: Popular Culture and Religious Reform (Ashgate) uses previously unpublished cultural artifacts to revise longstanding assumptions about religion, gender, and popular culture. In it, I demonstrate that by the fourteenth century, worldly, sexually active brides of Christ, both male and female, were no longer aberrations and provide a history of the dispersion of theology about the bride of Christ in the period between the twelfth and seventeenth centuries and explains how this metaphor, initially devised for a religious elite, became integral to the laity’s pursuit of salvation. My research also involves situating the literary culture of late medieval and early modern women’s religious communities within their social and cultural networks. I have also published on the relationship between religion, new media, and medieval culture in contemporary video games. I am currently preparing a critical introduction, biography, and facing-page edition and translation of the poetry of Anna Bijns (1493-1575) and working on a study of late fifteenth-and sixteenth- century German Christianity told through the life and art of Albrecht Dürer. I also co-edit the interdisciplinary book series Christianities Before Modernity, which interrogates the traditional chronological, geographical, social, and institutional boundaries of premodern Christianity

2018 Alumnae Anniversary Award, Department of Women’s and Gender Studies and the Chancellor’s Committee on the Status of Women.

Individual Research Grant by the American Academy of Religion 2009

2009 NEH Summer Seminar for College and University Teachers: The Reformation of the Book: 1450-1650

"Black as a Coconut and White as a Tusk: African Materials and European Displays of Christ Before Columbus" Journal of Africana Religions 2.3 July 2014 p. 395-408.

"Obedient cats and other not-quite-miracles in Sisterbooks from the Devotio Moderna" in Medieval Perspectives vol. 22 (p. 41-63).