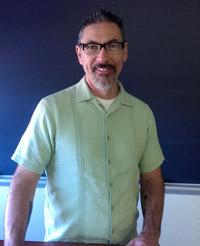 My primary research focus is in the religious traditions of indigenous peoples, especially Native North Americans. My expertise includes religion and culture; religion and ethnicity; myth, ritual, and symbol theory; and religious identity.

I am interested in how social constructions such as ethnicity and gender relate to issues of belief and religious worldview. It seems to me that the primary role of the construct “religion” is to contribute to the organizational matrices that comprise what Pierre Bourdieu calls the “field,” – the setting in which each social actor is situated. In addition, religion can both provide and alter an individual’s social toolkit, thus becoming an important factor in the creation and maintenance of both individual and collective identity. Tribal people can use – and be used by – their status as “indigenous” in the navigation of contemporary circumstances influenced by religion: social, political, and economic power.

Some recent publications include and article titled “‘Our Ancestors Paddle With Us’: Chumash and Makah Canoe Culture” in the journal Religious Studies and Theology, a chapter in Religion and Healing in Native America: Pathways for Renewal titled “Alcohol Abuse Recovery and Prevention as Spiritual Practice,” and a chapter in Death And Religion in a Changing World titled “The Politics of Death and Burial in Native California.”

Current work in progress includes an article titled “Ancient Traditions, Modern Constructions: Innovation, Continuity, and Spirituality on the Powwow Trail” in review with the Journal of Religion and Culture, and a book manuscript in review titled Ancestral Ways, Modern Selves: Tradition, Performance, and Religion in Native America.