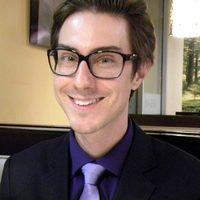 In both his teaching and in his research, John contextualizes Greek and Roman verbal and visual culture in a broader Eurasian matrix, with emphases on connections between Greece and Rome on the one hand and India, Iran, Mesopotamia and Ireland on the other. He is characteristically extra-, even anti-canonical in his scope, and aims for kaleidoscopic variety and for unconventional perspectives when guiding students and when doing research. Among the topics that he revisits and scrutinizes in the classroom and in his scholarship are cultural and sub/counter-cultural innovators, outcasts, and iconoclasts (satyrs and fauns, medizers, Daedalus and craftsmen, Orpheus and mystagogues), sinister and hypersexualized goddesses, women, and female monsters (Helen, Aphrodite, the dawn goddess Eos, Circe, the Sirens, courtesans and prostitutes), foreigners and immigrants (Iranians, Celts, Phoenicians, Syrians, and metics), transgender and intersex people and figures in mythical and religious contexts (Kaineus, Agdistis, Attis and the galloi, Venus Barbata) and 20th-century artists who have brilliantly tapped into and creatively adapted and transformed Classical lore and material culture (Pablo Picasso, Jean Cocteau, Marc Chagall, Vaclav Nijinsky).

The title of John's current major project is Orpheus and the Cow: The Greco-Roman Evolution of an Indo-European Myth. This book, which will be published by Harvard's Center for Hellenic Studies, investigates the enigmatic incorporation of Orpheus into a variety of prominently bovine narratives, and seeks to explain these esoteric combinations by means of diachronic and comparative methods. Crucial for his analysis are the hymns of the Rig Veda, which allude to myths that have emerged from the same hereditary storytelling tradition from which the indigenous myths of the ancient Greeks have been developed.

John is also working toward a second book, Echoes of Troy East and West: The War at the End of Myth in Greece, India, and Ireland. This study will trace the ancestry of the myth of the Trojan War as narrated by Homeric epic, the Cyclic poets, and beyond by juxtaposing it with related narratives fabricated by multiple cultures of Eurasia, especially those of ancient India and of medieval Ireland. The focuses will be on the roles, actions, and experiences of female figures, divine, mortal, and monstrous, and on the conclusion of Odysseus' nostos and his death at the hand of his son Telegonos.

Orpheus and the Cow: The Greco-Roman Evolution of an Indo-European Myth. Under contract with Harvard's Center for Hellenic Studies; to be distributed by Harvard University Press.